I’m excited to share my new author website www.isabelthomas.co.uk, which will also be the new home for my blog.

Please come and visit, and sign up for my monthly newsletter! 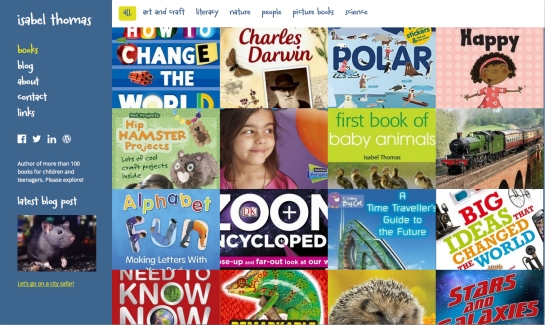 I also blog at Not Goodbye, But Au Revoir…

After 5 years and 3 months, the time has finally come for Author Allsorts to say au revoir… However, the blog isn’t going anywhere – it will still be online so that all the brilliant posts on here are available for everyone to read.   I want to say a huge thank you to everyone […]

God I wish I wrote for TV. Think of it: all dialogue, no narrative; actually seeing your work come alive through brilliant actor types; the chance to develop your characters beyond not just a single episode but across whole seasons; never having your audience confuse your characters with your self because they probably don’t even […]

Payback has an official birthday of 5th July 2018, but I’m one of the lucky ones . . . I’ve already read it. As usual, Chicken House has done a fantastic job with the presentation – a matt black cover with reflective gold foil lettering, and an image of five mysterious, masked teenagers. But it’s […]

My twelve-year-old daughter came from high school the other week and told me that they would soon be reading Steinbeck’s Of Mice and Men in English literature (they’re current reading Animal Farm). I was shocked. Mainly because I read this during my own English literature lessons in high school THREE DECADES ago. Don’t get me […]

‘Guilty pleasures’ suggests something illicit – passing round Jilly Cooper romances under the desk at school. Yes, I was that generation. But I also, as a teenager, had a reputation to uphold – intellectual and bookish. I couldn’t be seen to read Jilly Cooper. I was obliged to cock a snook, and turn another page […]